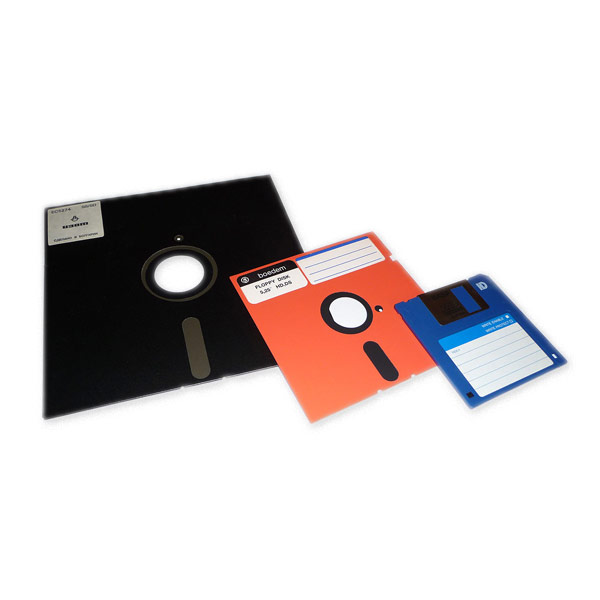 Have you seen it? …. Some of these are still lying in our archive.

A floppy disk, also known as a floppy, diskette, or simply disk, is a type of disk storage composed of a disk of thin and flexible magnetic storage medium, sealed in a rectangular plastic enclosure lined with fabric that removes dust particles. Floppy disks are read and written by a floppy disk drive (FDD).

Floppy disks, initially as 8-inch (203 mm) media and later in 5 1⁄4-inch (133 mm) and ​3 1⁄2 inch (90 mm) sizes, were a ubiquitous form of data storage and exchange from the mid-1970s into the first years of the 21st century. By 2006, computers were rarely manufactured with installed floppy disk drives; ​3 1⁄2-inch floppy disks can be used with an external USB floppy disk drive, but USB drives for ​5 1⁄4-inch, 8-inch, and non-standard diskettes are rare to non-existent. These formats are usually handled by older equipment.