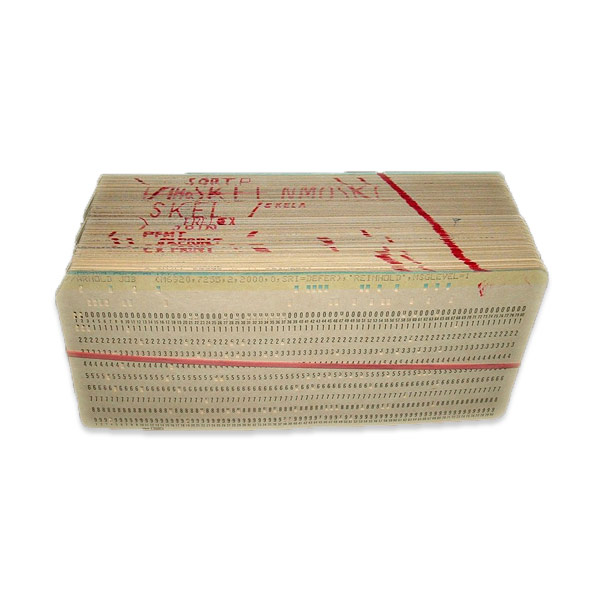 Ok! what about this one? … We have converted these to its successor.

A punched card or punch card is a piece of stiff paper that can be used to contain digital data represented by the presence or absence of holes in predefined positions. Digital data can be used for data processing applications or used to directly control automated machinery.